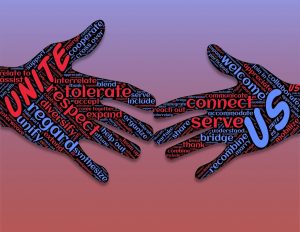 2017 was an interesting year for many. Politics in the UK have been all about Brexit and some of the false things that were put before the voters. There was also an oil line built through Dakota Indian reservations against the wishes of the Indians living there. There has been a leak there already. Whenever there is an oil spill it kills all the area and wildlife around it. This can affect the land and water for many years after a spill. Many disabled people and those on benefits are not being treated correctly in the UK either with many being left homeless or without money. On top of all that, Donald Trump also advised there is no such thing as Global Warming! These are people in  power making those decisions and saying these things. It really makes you wonder where common sense and humanity to all has gone from those in power.

So many decisions made by governments that we wish could be taken back. It reminds me of the song by Queen-Is this the world we created. We have all been granted time on this earth and should all be taking care of it.  This may be voting in the right people but also taking responsibility for ourselves. No dropping litter or creating hatred amongst people.  Media outlets often portray things going wrong but how often do you see things on TV and Newspapers that are working for the good of people? It really makes people believe that the world is failing and nothing can change it. It can also make people fall into a depressive state of mind too. But don’t believe that only Fearful things are happening! 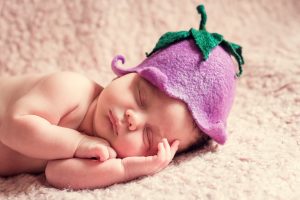 Many babies were born during 2017 and this will have brought the gift of life into many families. Our job is to make sure they have a good land to grow up in. It is also up to us to make change happen. We can recycle so not as much gets sent to the tips. We can use less energy and we can be respectful to all living things. Whether you have a new born baby or an older child, it is never to early to instill kindness and respect for others.

We can also open our eyes to all the good things that the year brought us. Although food bank usage has increased, more people are waking up to see that their help is needed. All over the country people are donating both their time and goods to their local foodbanks. In Edinburgh 10 tiny homes are being built for the homeless and we just raised over 4million pounds through a massive sleep out in Princes Street Gardens. This will go to helping homeless people throughout the country. Money has also been committed by the Scottish Government in Partnership with Social bite to remove homelessness from our streets.

I am proud of all the people I have met who are opening their minds to finding that what they eat has an impact on their health. So does the state of your mind. A great book to read is The 5 side effects of Kindness by Dr David Hamilton. He explains in easy understandable language how we really can change our Body health by being kind. More people are growing their own vegetables and I have to say they taste so  different from shop bought ones. People are also trying to go Vegan for the month of January. More people than ever are cutting out meat and dairy from their diets (including me). I have to say I feel healthier for doing that.

I ended the year by buying something I have wanted for years. I have been saving up for it then got offered it at half price! Of course I said yes and this will be added to my therapies too. I will be  updating it on my website shortly.

Last but not least I am thankful for all the people that have learned reiki with me during 2017. It’s great when I see the difference it can make to them and see them going on to change their lives. I am also grateful for all that they taught me too as we never stop learning.

Here’s to 2018 and I wish you a great year full of Synchronicities.