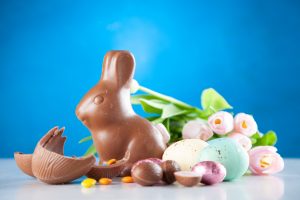 As we are coming up to the Easter weekend, a couple of thoughts have been coming into my mind. Reading recently that Atheists are increasing and people going to church are decreasing, where does that leave us? Is Easter just about the children (and sometimes adults) receiving lots of chocolate or do they even know what is being celebrated? I believe that there is a higher power to us all, but it has been disrupted by so many religions fighting against each other. I also believe that the religious books are man – made, which means men put their own interpretation at the time of writing on them. This was shown to me recently in a TED talk, which showed how words had been added to scriptures to make them fit what the people high up wanted.

We also have all the illegal things done in the name of the church coming to the surface, and people being charged. To then see that the person in charge, knew of what was being done but took no action to resolve the situations (and there were multiples of these), no wonder many people are moving away from the Church! Of course, in both these situations there are still many that go to church to worship, as is their right, and it’s something we should not forget. In the UK we have the right to celebrate our faith in whatever way we like, unlike some other countries.

My thoughts are that those people who action these atrocities, including taking countries to War, are not in any way spiritual and we should be insisting that help is given to stop anything but good being done in the name of our faiths. This includes the UK not supplying arms and fighter jets to take part in wars that are so unjust!

So, this year, if you do not celebrate Easter but still take part in the festivities, why don’t you start a tradition of your own? Help another person in some way, and perhaps spend what you would on an Easter Egg, instead to buy a homeless person a meal. If you are bringing up children, help them think of doing something for others. Perhaps take something to a children’s home, for people less well off than them. Children are our future and we should be helping them to open their eyes to what needs done around us.

After seeing the horrible sight of Notre Dame going up in flames this week and suddenly the wealth is found to rebuild it, it makes me think we have things back to front. Where is all this wealth when we have people in the world homeless and starving? Am I wrong in thinking that as the money exists it should be used for people, rather than a building? Of course, the loss of any of our history is bad, but I’m sure there is enough money for both!

I truly believe that there is a lot of love in the world and we should be sharing it, but I also believe that the excess money should be used more to help in world problems. Starvation and homelessness could be wiped out! Now that would be a good way to celebrate!

Whatever you are doing this weekend, I wish you a peaceful, harmonious fulfilling time. 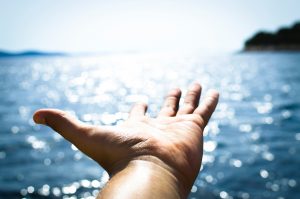 photos by Photo by Giftpundits.com from Pexels and  Lukas from Pexels