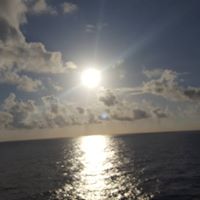 I have just returned from a cruise. It is something I had wanted to do for 13 years, since I did my last one and only cruise with my daughter. It came about as I was on holiday with a friend last year and mentioned I could never get anyone willing to travel on the water with me. They all wanted a holiday on land.  This friend shouted out “Me!” After she said that, we went to a travel agency and booked. Talk about the Universe giving me the answer I needed.

It used to be that people that went cruising were elderly and rich. You do still get that but our cruise was full of people of all ages, like us, that had saved up and there were also families that had been put forward by the Make a Wish Foundation. These are holidays for children who are terminally ill. There were others that had moved closer to cruise terminals so they could get cheaper cruises, more often. There were many families with children of all ages too. They were all catered for.

We met loads of lovely people on board and learnt many stories from people. One lady even told us her son started designing Web sites at age 11 and then set up his own company aged 13! He then went on to sell it and is now in a good space.  What a proud Mum that was.

Sometimes people can become so insular on holidays. On Cruises you get the opportunity to sit and talk if you want which is good. While on the Caribbean seas I did some meditation and even recorded one which is on my Facebook page here.  I have also recorded some more meditations on my You tube channel- here.

Holidays are great to take a break from everyday life. Even if you spend time at home doing something just for you, it will be a break from what you normally do. It also gives you a chance to have time to make decisions that require changes.  I feel nice and refreshed and of course it was great to get home to my 2 dogs who were being looked after by a friend. 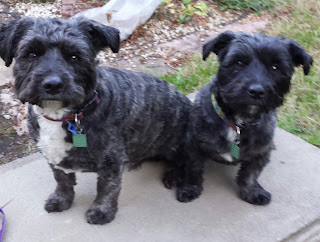 I am now looking forward to  running my reiki level 2 workshop on 4/5th November and my level 1 workshop on 18th November. These are held in Edinburgh so if you are looking to learn reiki then get in touch.

Love yourself and others Meditation

Be Happier Through Being Grateful
Scroll to top