Dr Mani Sivasubramanian and I connected a few years ago. He is a Heart Surgeon, Author, Internet marketer and so much more. He kindly offered to write a blog for me, so I requested one from him on making changes that stick and change your life. I am grateful to him for this. Apologies that it shows written by me. It’s the way the Blog is set up! 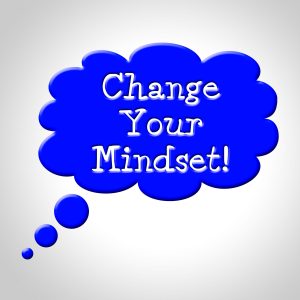 As a medical student, I was on my way to the hospital cafeteria when I spotted him.

He was squatting on the floor in a quiet spot, around the corner of a building. Lying on the ground beside him were a pair of crutches. In his stub-like fingers, he grasped a cigarette.

I watched in horrified fascination as he drew the smoke deep into his lungs, held it there, eyes closed in bliss… before letting it out in a long sigh.

Why was the sight so repulsive?

Because just a few days back, I had presented Kris’ problem at our surgery clinic. His name was Krishnamachari Kondaraiya Devendiran – Kris, for short. He was thirty-five years old. And he was suffering from a disease that was as much a tongue-twister as his name… Thrombo Angitis Obliterans, or TAO.

It was a condition which narrowed down his arteries, slowly cutting off blood supply to the limbs, until there wasn’t enough oxygen to support them. Two years ago, he had developed gangrene of his left leg – and it had to be amputated.

A few months later, his fingertips turned black, too. One of them dried, and dropped off. Another three needed surgical removal.

And now he was in hospital because his other leg was affected. He was going to have an operation to remove it shortly!

TAO is a rare disease of uncertain cause. Only one thing is known about it. All patients are heavy smokers. Continued use of tobacco worsens the situation. Kris knows all of this. Surely, he would have been told during his previous hospital admissions. Earlier in the week, I had personally spent five minutes explaining it to him.

He nodded in understanding.

Yet here he was, leaning against the wall of a building which housed the operation suite where he’d lose his only remaining leg…

That is how hard it is to break a habit.

Or to form a new one.

The Resistance Is Alive And Well

Around October-November every year, enthusiasm and excitement reach a feverish peak as millions all over the world start planning their New Year resolutions.

These are just among the more popular ones.

And they are all worthy goals to set, and strive for. Yet the disappointing reality is that even before January is over, most of these well-intended resolutions have been abandoned – forever!

The reason for this behavior has been well researched. And it can be attributed to one overwhelming factor – The Resistance.

Inside each of our minds or brains is a braking mechanism that kicks in every time you want to try something new. Or different.

That’s not a bad thing at all. In fact, it has survival value.

Imagine a farmer, from long, long ago, suddenly getting it into his head that he’s going to try a new method of planting seeds or tilling his land. If his idea doesn’t work, there are dire consequences – for himself, his family, and anyone else who depended on his harvest.

So nature intended for us all to have a built-in cautionary mechanism – that discourages us from doing anything different or new.

It’s single, obsessive task is to stop you when you try!

And it is a devious devil, that knows and understands you well enough to succeed almost every time.

Until you throw up your hands, give up on trying to change, and settle back into a rut of comfort, constancy – and commonness!

How Can You Beat It – Every Time?

It ain’t easy… but it can be done.

It begins by understanding your situation, when you try to build a new habit.

You’re in the position of somebody who carries a knife to a gunfight!

And that itself is NOT the problem. For most habit-formers, the real problem lies in failing to realize how tough the challenge ahead is. Once you become aware of it, and accept it, half the battle is won.

Because what would you do if you’re carrying a knife to a gunfight? Adopt a different strategy to win, right?

Surely you wouldn’t hurl abuse at your opponent while you’re still 50 feet away. Or stomp up to them waving your switchblade about. Or take on a threatening posture and attitude from more than arm’s reach.

No. That would be suicide!

To have a chance at success in this unequal fight, you’d have to play to your strengths. Get in close. Be within the enemy’s reach. Only then can your knife wield any power, give you an edge, serve as your advantage.

In the same way, to break a bad habit or develop a good habit, you’d have to work with a strategy that maximizes your chances of success – and overcomes the Resistance that lives inside your head.

Several approaches work to achieve this end. In my latest book ‘Knife At A Gunfight‘, I get into more detail in one of the five modules about forming new habits. But let’s discuss one of them now.

How Do You Eat An Elephant?

You’ve probably heard a series of bad jokes about elephants.

Q: How do you put an elephant into a matchbox?

A: Open the matchbox. Put the elephant in!

Q: How do you put ANOTHER elephant into the same matchbox?

A: Open the matchbox. Take out the first elephant. Put the other one in!

Q: How do you eat an elephant?

Except… they’re all not “silly”.

Particularly the last one. Just as long as you don’t take it too literally.

Think of the ‘elephant’ as a metaphor for a BIG challenge. A complicated task, maybe. Or a project with many phases or stages. Even forming a new habit, or breaking an old one.

What’s the best way to “eat an elephant”?

Take one bite at a time!

In other words, break down the process, or project, or task, or challenge into bite-sized smaller bits that are easier to deal with.

This principle lies at the heart of an effective trick to habit-forming. And to explain how it works, I’ll use an example. Let’s imagine you want to read more – and decide that in the coming year, you’ll read at least one book every month.

That’s a great goal to shoot for. But if you don’t read regularly now, it’s a huge challenge that you’ll very likely fail to overcome. Unless you use this ‘Knife At A Gunfight’ approach. 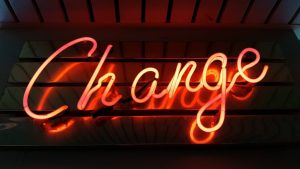 How To Build A Reading Habit

Your inner resistance will rebel if you decide to suddenly start reading for a couple of hours daily.

You can’t afford to waste so much time!

You have other important things to do!

You’ll get bored at reading so much!

You’ve never read in your life – why start now?

What makes you think you’ll be able to do this?

Are you sure there’s any real benefit from it?

Dozens like them will pop up in your mind. And like dripping water slowly wears away even hard, mighty rock, these comments and questions will erode your determination and will power – until you abandon your plan and give up.

But what if you start out by reading for just 5 minutes a day?

Wait! Before you argue there’s absolutely no point in reading for such a little time anyway, I’ll let you in to a secret.

You’re not going to read “just for 5 minutes” – forever!

No. You only begin at this point to overcome the Resistance. You’re tricking it into letting you get closer – where your knife becomes a powerful weapon, even in a gunfight!

So your Resistance grows weak. And you can get started with developing your new habit.

In fact, there are a few preparatory steps you’ll have to take even before you reach this point… and I get into them in my book. But trust me – a strong Resistance can figure out ways to stop you from reading for even a measly five minutes. And you need ‘advanced’ strategies to beat it at that game!

Anyway, if you get going and manage to read for five minutes daily, you’ll notice something happen. You get comfortable with that new activity. It becomes routine. You do it automatically. And you don’t feel any reluctance or hesitation when you do.

You’ve taken the ‘first bite’ of your ‘elephant’.

Next, you increase the time by another five minutes. Wait until it, too, becomes routine and automatic. Then gradually step it up a bit further.

One bite after another.

That’s the only way to eat an elephant!

You Can’t Afford To Slip Or Slide Back

Another pitfall to forming new habits is the risk of sliding back into your comfortable old rut of familiarity.

Most people under-estimate the time it takes to build new habits. You may have heard different periods recommended as being the “bare minimum to form a habit”.

Well, they are all wrong!

You’ll have to work at forming – and keeping – habits for the rest of your life.

Yes, there’s no end-point. It’s a continuous, ongoing battle with your inner resistance.

And you’ll never have a better weapon than your trusty little knife in this gunfight.

But when you know how to wield it effectively, that’s enough to win.

So go on and make your New Year resolutions. But this time, decide you’re going to keep them – not just until the end of January, but for as long as you live.

Heart surgeon. Author. Social entrepreneur. Fund raiser. Dr.Mani juggles many roles in pursuit of his dream – to make heart healthcare accessible to every Indian child. His non-profit has sponsored life-saving treatment for 147 ‘Heart Kids’, with many more to come.

Dr.Mani’s books will inspire you to go for your dreams – and make them come true. And a share of profits go to fund a child’s operation. His latest books are ‘Knife At A Gunfight: How To Transform Your Life In 5 Easy Ways‘, and ‘Heart, Guts & Steel: The Making of an Indian Surgeon‘. Buy a book, save a life!