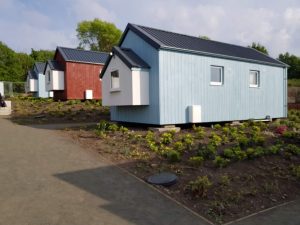 Tonight I am so proud to be Scottish. I have just been for a visit to the Social Bite Village for the Homeless. Social Bite started a few years ago by  two people opening a cafe in Rose Street, Edinburgh where people would buy a coffee or meal and leave money to Pay It Forward for a Homeless person to enable them to get something to eat and drink too.  They soon started employing homeless people and have now opened up more cafe’s in Scotland and a restaurant also in Edinburgh. After speaking to Homeless people and hearing the same story over and over again they decided they could action change. Last year they had CEO’s who slept outside to raise funds. This allowed them to get some tiny houses built.  It was meant to take 4 years but instead  in under a year they had them built plus so much more was done. 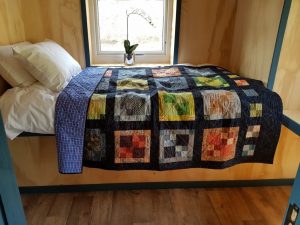 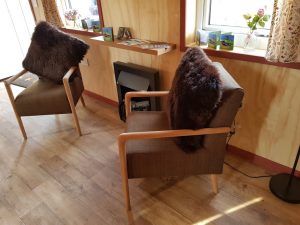 They organised Sleep In The Park where 8000 people slept in Princes Street Gardens and raised an enormous amount of money. With the help of the Cyrenians who have great knowledge of homelessness, and Edinburgh Council who have  loaned them a piece of land, they have now built the village with 10 houses  for 20 people to live in for 12 to 18 months with full support in getting both a job and a house of their own. The council have also committed a certain number of properties and the aim in the next year is to rehome 44 additional people every month in Edinburgh.  This has spread and people are now being helped in other Scottish cities. It is thought this venture will save Ediburgh Council about 75% of what they spend on  people living in bedsits and B&B’s.

Sleep in the park will take place again this December in 4 Scottish cities  all at the same time. How fantastic is that? 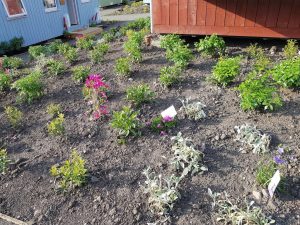 We will never stop homelessness 100% as there are people that, for whatever reason, feel they cannot live with a roof over their heads. Social Bite are also helping these people.

So Scotland, I am super proud of all that are helping to make this vision come true. We CAN  make a difference! It was also great to see how many companies helped out free of charge.

Having The Confidence To Change