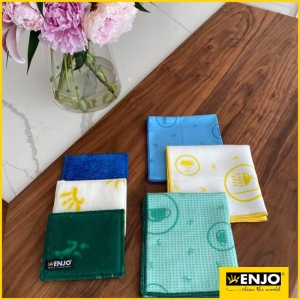 I said I would blog about all my businesses. Each has had a major impact on my life. Enjo came into mine during lockdown in May 2020. The Government stopped all therapists from working and I was looking for a way to gain some income. Instead I gained something much more important. One of my dogs had major breathing issues. Around that time this happened daily both inside and outside of the house. We were being referred to a specialist but the vet forgot!

Six weeks after throwing out all the chemicals in my home and instead using just the Enjo fibres and cold water, I went to walk the dogs. As we left the house Merlin had a breathing attack. I noticed the council men were spraying weedkiller on the grass verge outside my home. It then clicked! He had not had any issues since I stopped using chemicals 6 weeks previously. I eventually found out his trachea collapsed when he breathed in dust, strong smells and chemicals. 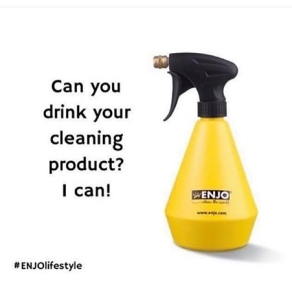 This set me thinking, if chemicals did this to my dog, what would it do to children crawling on the floor? I did not have long to wait. I was introduced to a colleague whose baby had been covered in sores. She had upped her cleaning but her Health Visitor told her to stop. She soon realised that when she bathed her baby, she was leaning against the bath that had been cleaned with chemicals, and everything the baby touched had been cleaned in the same manner. She was introduced to Enjo and very quickly had a daughter with clear skin!

Enjo fibres last for 3 years and clean 6 x better than using chemicals. As well as this, they clean at least 50% faster than traditional ways. So for all these reasons, I will never go back to using chemical in my home, car or garden. Check out my shop where you can spread the cost interest free. https://shop.enjo.co.uk/shop/JoyFraser